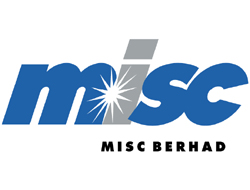 The petroleum shipping arm of Malaysia"s state-run shipping firm MISC Bhd, AET Tanker Holdings Sdn Bhd is close to opening an office in India to own and operate ships along India"s coast, a business that is reserved for India registered ships. The company, which opened a ship management office at Gurgaon near New Delhi recently, will start a shipowning subsidiary in India in the next few days, according to a Union shipping ministry official briefed on the matter. He did not want to be named.

?We are in the process of registering a ship in India to carry petroleum products for local oil refiners,? an executive at AET said. He did not want to be named because of company policy on speaking to the media. A spokesperson for AET could not be reached for comment.

An official at the Directorate General of Shipping, the country"s maritime regulator, said it was scrutinising an application from AET for a licence to convert one of its Malaysian ships with a capacity to carry 30,000 tonnes of petroleum products into an India registered ship.
The country"s coastal trade (shipping cargo between two Indian ports) is reserved for India registered ships and foreign ships can be hired only when Indian ships are not available and that too with the permission of the regulator.

At least two shipping industry experts Mint spoke to said it would not be easy for newcomers such as AET to enter India"s coastal trade because of the stranglehold the four local players have over this business. ?Lot of new players want to come, but are frightened away by the local players,? said an industry expert who did not want to be named.

A few years ago, Mumbai-listed Shreyas Shipping and Logistics Ltd planned to buy a tanker to carry petroleum products along the coast, but retreated in the face of opposition from local owners. But AET appears to be determined to enter. ?We don"t expect any problem,? the AET executive mentioned earlier said. ?We will be an Indian company owning and operating an Indian ship. So, where is the problem??
State-run refiners Indian Oil Corp. Ltd, Hindustan Petroleum Corp. Ltd and Bharat Petroleum Corp. Ltd have hired some 24 ships for one-two years to transport petroleum products along the coast.

This news is a total 4010 time has been read