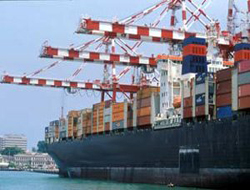 China Shipping Development, the nation's biggest oil and coal carrier, provided a positive outlook on freight rates for coal this year, given the company secured a higher contracts price in the beginning of this year, according to the company senior management.

He added the company will move 3 million tonnes more coal this year, thanks to the strong coal demand in coastal cities in the mainland.

However, its profit margin for coal and oil transport fell by three to four percentage points to 34 percent, due to a drop in freight rates and an increase in fuel costs.

The company has secured contracts to transport coal for this year at a higher rate than last year, according to a company statement.

It has formed a strategic alliance with China Shenhua Group, the mainland's largest coal producer.

To cope with strong demand for coal transport for Shenhua's power plants in coastal areas, China Shipping will increase the tonnage of its fleet to one million tonnes by 2010 from 400,000 tonnes at present. China Shipping plans to boost capital spending to 4.8 billion yuan this year and 4.2 billion yuan in 2008.

Meanwhile, parent company China Shipping Group intends to get into the liquefied natural gas (LNG) transport business and plans to set up a joint venture with China Petroleum & Chemical (0386) and Petrochina (0857) in the first half of this year, aiming to follow the government's energy reform policy.

Li has not ruled out the possibility of injecting the LNG transport business into the listing company in the future.

This news is a total 1345 time has been read