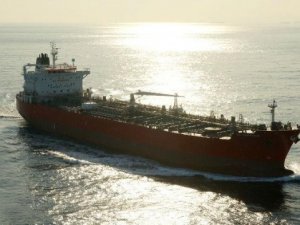 A growing number of shipping organizations and flag states are pledging increased adherence to the guidance from the U.S. while rising concerns are also giving rise to a new business to demonstrate compliance.

These efforts were followed by new rounds of blacklisting targeting the shipping interests of Iran as well as the ships and companies known to be trading with regimes targeted by the Trump administration. The U.S. Department of the Treasury’s Office of Foreign Assets Control (OFAC) announced sanction violations against four companies and identified four vessels as blocked property due to their operations with Venezuela’s oil industry.  Then the U.S. announced that its sweeping sanctions against Iranian shipping interests gone into effect. In those efforts, the U.S. is targeting the Islamic Republic of Iran Shipping Lines (IRISL) and its Shanghai-based subsidiary, E-Sail Shipping Company Ltd (E-Sail), listing a total of 121 tankers, containerships, and other vessels for sanction violations.

With reports from The Wall Street Journal that the U.S. was considering sanctioning up to 50 more vessels for dealing with the Venezuelan oil industry, the shipping industry has begun to respond. For example, Reuters is reporting that Brazil’s state-controlled oil company Petrobras is revising its contracts with shippers saying it will no longer hire tankers that have visited Venezuela in the past 12 months.

Several Greek controlled tankers were also among the vessels that were blacklisted by the American authorities. Responding to these actions, the Union of Greek Shipowners recently met with U.S. officials and issued a statement saying that it “emphatically stated that the Union of Greek Shipowners remains committed to implementing U.S. sanctions measures and would continue to urge its members to refrain from conducting any business with Venezuela until there is a change in regime.”

The individual Greek shipping managers that had been cited by the United States, including Chemnav Shipmanagement, Dynacom Tankers, Thenamaris, and NGM Energy, responded as well by making statements not only recognizing the U.S. actions but saying they were reviewing or canceling future sailings to Venezuela.

The U.S. actions and the threats of additional actions by the Trump administration appear to be producing tangible results.  Shipping companies fearing these actions are also seeking out new resources to build monitoring and internal compliance mechanism to reduce potential exposure to the increasing and changing regulations.

One particular activity that the shipping industry has long been aware of and now a target for the U.S. is the tampering with AIS tracking systems. Identified as one of the practices that might signal illicit activities, efforts are underway to crack down on these activities. The Panama Maritime Authority, for example, warned that it would impose sanctions up to $10,000 and/or de-registration or de-flagging of the vessel from the Panama registry for any vessel that deliberately deactivates, tampers or alters the operation of Long Range Identification and Tracking System (LRIT) or the Automatic Identification System (AIS).

A new sector of marine consultancy is also emerging. Pole Star, a provider of maritime KYC and tools for sanctions compliance, says that it participated in the consultations and reviewed the U.S. advisory to ensure that it had the solutions to assist in implementing an internal compliance mechanism. Designed with and for companies with regulatory exposures in maritime trade and shipping, Pole Star has tools to automate and record regulatory processes and generating an audit trail for demonstration of best efforts in compliance. It also has tools for shipping companies to monitor AIS tracking information for ships and generate logs as well as another new feature that permits verifying bills of lading in real time.

Seeking to address the increasingly complex regulatory environment, BP Shipping, the operators of approximately 40 vessels as well as vessels on time-charters or individual voyages, retained Windward, a provider of maritime trade analytics and insights, to aid in its sanction compliance efforts.

According to Windward, it will be developing a broad set of behavioral analytics and insights enabling BP to digitize its business trade practices establishing due diligence in monitoring for adherence to restrictions and sanctions. Windward will be employing new technologies including analytics and AI to help drive and protect the business in the changing regulatory environment.

“We have evaluated Windward for around 12 months and have gained a clear insight into what their capabilities and domain expertise can deliver across the due diligence and know your vessel process,” said Mark Fortnum, BP Shipping’s VP of Technical and Vetting. “The OFAC advisories published recently are a game-changer for the maritime and trade ecosystems regarding compliance requirements. Solutions that can increase both quality and efficiency in our sanctions compliance operations are essential across all related business transactions.”

The more aggressive stance from the U.S. to pursue the shipping industry and place sanctions on ships and their operators is affecting the industry and forcing a changed approach to manage potential exposure.

This news is a total 1284 time has been read
Tags: Shippers Take Action Responding to Threats of U.S. Sanction Violations