Shipping banks better prepared than in 2008 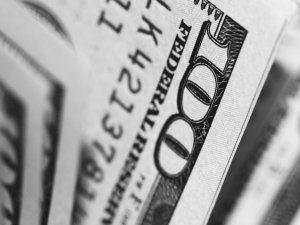 Banks are better prepared than in 2008, to face the challenges that are looming post-coronavirus but that an increase in non-performing loans is an inevitable as a result of the pandemic, according to XRTC Business Consultants.

The most important threat for international shipping markets is the world economy closely followed by global trade, according to a new survey conducted among Greek and Cypriot institutions involved in shipping finance, as well as banks from Germany, France, Norway, Holland, UK, USA, China and Japan, by Akti Miaouli-based XRTC Business Consultants.

The survey, which focused on shipping finance and the trends and prospects after Covid – 19, also saw overcapacity as a major obstacle for a healthy upturn at least in core shipping sectors. Environmental issues, Chinese shipping capacity, geopolitics and lack of liquidity, were also raised.

Most of the participant institutions are long standing backers of shipping with almost 40% involved in the sector for at least 50 years, another 28% are present for the last 20-40 years and 33% for less than 20 years.

While only 5% of the participant institutions have bought NPL’s from other institutions, 35% have sold part of their ship finance portfolio  during the last 10 years. The amounts or the percentage of the NPLs transactions on their total ship finance portfolio were not disclosed, but since the end of 2018 close to EUR13bn ($14.65bn) of non-performing shipping-related loans have come to the market as German and Greek banks attempted to clean up their balance sheets due to continuing pressure from the European Commission and European Central Bank.

“Undoubtedly, the participants’ desired leverage depicts their willingness to see more equity in place for each project and a cautious stance in the development of their shipping loan portfolios. We also note that the desired loan leverage does not depend neither on the institutions’ country of origin nor on their size,” said XRTC.

“In these unprecedented times, the ability of maritime transport to continue undisrupted the transport of food, energy and medical supplies across the continents will play a critical role in overcoming the pandemic. To this extent governments and central banks have realised they must support maritime transport that has an essential role to play in growth and sustainable development,” XRTC commented

“At the same time both shipping companies and their lenders will need to become agile and adaptable to this changing situation and focus on building effective and responsive strategies and plans.”

This news is a total 6714 time has been read
Tags: FINANCE: BANKING EUROPE