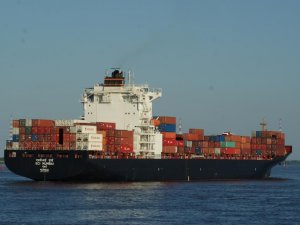 Indian shipping companies are eying ship acquisitions, with vessel prices, especially those in the second-hand market, traversing a downward course.

Analysts say at the current level of asset prices, this is still a good time to invest in fleet expansion, both in the bulk and tanker side.

Some companies, such as Shipping Corporation of India (SCI), however, are going slow on their acquisition plans due to cash crunch.

It is now looking at tying up with GAIL (India) Ltd, which is planning to buy nine LNG carriers at a cost of about $3 billion. SCI may pick up a small stake in the proposed joint venture and operate the gas carriers for GAIL.

India is estimated to need at least 15 vessels by 2017 to ship LNG to meet the country’s energy needs.

GAIL alone may need at least five such carriers to bring home about 6 million tonnes of gas every year from 2017 from the US.

Great Eastern Shipping, which bought a supramax bulk carrier in September, has five new building bulk carriers on order — two are likely to join its fleet this year and the remaining three in 2016.

“Again, if there are opportunities, we could look at adding to our exposure to the dry bulk or even to the product tanker space,” Shivakumar, Group CFO of the company, told an analysts’ meet last month. Great Eastern, India’s largest private fleet owner, has plans to invest about ₹2,300 crore up to 2017, including for its offshore business.
Global dry bulk and tanker fleet grew by about 5 per cent in 2014.

Although crude tankers have gone up in value as compared to product tankers, experts believe it is still a good investment. Crude tanker prices have already gone up almost 30 per cent from its lowest in the last 12 months in the second hand market

“In fact, the outlook for crude is looking slightly brighter at least in the short term than for product tankers or for dry bulk, and it is purely because of the way the supply side is playing out, said Shivakumar.

“There has been below 1 per cent growth in tanker fleet in the last 12 months. Next year is also not likely to be a strong year, maybe 2 per cent fleet growth. Of course, then it will start building in 2016 and for that reason the crude tankers are looking reasonably good just on account of where the supply side is.”

Globally, it is estimated that 43 million DWT of new building orders were placed in the last nine months, with a significant focus on new generation eco-ships.

This news is a total 1454 time has been read