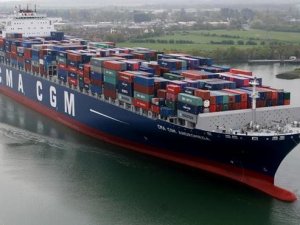 The survey revealed increasing concern about the high cost of achieving compliance with new regulations, and ongoing doubts about overtonnaging.

Overall confidence levels in the shipping industry fell during the three months to November 2014 to their lowest level for two years just nine months after reaching a six-year high, according to Moore Stephens’ latest Shipping Confidence Survey.

The survey revealed increasing concern about the high cost of achieving compliance with new regulations, and ongoing doubts about overtonnaging.

In November 2014, the average confidence level expressed by respondents in the markets in which they operate was 5.7 on a scale of 1 (low) to 10 (high), down from the 6.1 recorded in August 2014. This compares to the record high of 6.8 when the survey was launched in May 2008.

All categories of respondents recorded a fall in confidence this time, most notably charterers (down to 5.4 from a record high of 6.7 three months ago) and owners (down from 6.2 to 5.5). Confidence on the part of managers, meanwhile, fell marginally from 6.2 to 6.1, while for brokers it was down from 5.3 to 5.0.

Geographically, confidence was down in Asia and Europe to 5.8 and 5.6 respectively from the levels of 6.0 and 6.1 recorded three months previously. Confidence in North America, however, held steady at 6.2.

Moore Stephens Shipping partner, Richard Greiner, says, “ A rating of 5.7 out of 10.0 may still be reasonably good in comparison with many other industries, but shipping’s failure to build on the growth in confidence reported in 2013 and early 2014 is undeniably a disappointment. The main reason for this may well be the one advanced by the respondent to our survey who complained of ‘too much competition, too many ships, and not enough cargo.’ Add to that the adverse effect which those three factors have on freight rates, and you have some measure of the problems currently facing the industry.”
A number of respondents referred to continuing uncertainty in the markets, resulting from a variety of factors. The cost of meeting the growing regulatory burden in the shipping industry was high on the list of concerns expressed by respondents.

“Shipping is still attracting investment. It may not be the type of investment which die-hard traditionalists would prefer, but private equity investors are not known for throwing their money away on lost causes. Oil (and therefore bunker) prices continue to fall, which should have a positive effect on voyage expenses for as long as it lasts. Meanwhile, cargo continues to move, if not always in the volumes and at the rates the industry would like,” Greiner said.
“Shipping continues to pay for the very international nature of the business which, perversely, is also its strength. Ongoing political unrest involving the Middle East and Ukraine does nothing to encourage growth in seaborne trade, while the global economic recovery which appeared to be under way at the beginning of the year seems to have stalled in a number of countries. The Japanese economy is in recession, France has been cast in some circles in the unfamiliar role of the sick man of Europe, and even the newly prosperous economies of China and India are currently performing below expectation,” he added.
Based on the survey findings, the likelihood of respondents making a major investment or significant development over the next 12 months was down marginally on the previous survey, from 5.4 to 5.3, the lowest figure recorded in this respect since August 2012.

Despite this, the figures for brokers, managers and charterers were all up, in the case of the first two by two points to 4.7 and 5.8 respectively, and in the case of the latter by one point, from 5.5 to 5.6. Expectations on the part of owners in this regard, meanwhile, were down from 5.6 to 5.1.

40 percent of managers, as opposed to 38 percent last time, rated the likelihood of making a new investment over the next twelve months at 7.0 out of 10.0 or higher, while 38 percent of charterers (up from 21 percent in August 2014) were of like mind. Meanwhile, the 36 percent of owners anticipating making a new investment over the coming year this time was down on the previous figure of 41 percent.

Geographically, expectation levels of major investments were unchanged in Asia at 5.2, but down in Europe, from 5.4 to 5.2, and from 5.6 to 5.3 in North America, where 33 percent of respondents rated the likelihood of making a new investment over the next 12 months at 7.0 out of 10.0 or higher, as opposed to 22 percent in the previous survey.

Demand trends, competition and finance costs, in that order, once again featured as the top three factors cited by respondents overall as those likely to influence performance most significantly over the coming 12 months.

The overall numbers for demand trends were up from last time from 23 percent to 25 percent, while those for competition and finance costs were unchanged at 20 percent and 14 percent respectively.

With respect to freight markets, there was a fall in the number of respondents anticipating higher rates in the tanker, dry bulk and container ship trades.

Geographically, the prospects for increased tanker rates were up in Asia (by one percentage point to 41 percent) and in North America (from 29 percent to 44 percent) but down in Europe, from 42 percent to 38 percent.

In the dry bulk sector, meanwhile, there was a 12 percentage-point fall, to 35 percent, in the overall numbers anticipating rate increases. Just 36 percent of charterers, compared to 64 percent last time, thought that dry bulk rates would go up over the coming year.

The numbers for all other main respondents were also down, in the case of brokers by 24 percent to 19 percent, and in the case of managers by 10 percent to 33 percent. Fifty percent of owners, compared to 55 percent last time, expected rates to increase.

Geographically, the prospects for increased dry bulk rates were down in Asia by 17 percentage points to 38 percent, and in Europe, from 47 percent to 35 percent. Such prospects in North America, meanwhile, were unchanged at 14 per cent.

Managers (up from 18 percent to 22 percent) were the only category of main respondent more confident this time than in August 2014 of higher container ship rates over the coming year.

Geographically, expectations of improved container ship rates were unchanged in Asia at 32 percent, but down in in Europe from 34 percent to 23 percent, the survey shows.

“Shipping confidence began 2014 on a high. It is evident that, for now, some of that confidence has been rendered fragile and replaced by a degree of uncertainty. Some of that uncertainty may be resolved in 2015 as the extent of regulatory costs becomes clearer, and the success of recent attempts to reduce overtonnaging can be reassessed. Nevertheless, the market is likely to remain volatile in 2015 as shipping attempts to meet the challenge of finding the right balance between risk and reward,” Greiner concluded.

This news is a total 1363 time has been read
Tags: the markets, all categories, Confidence on the part of managers