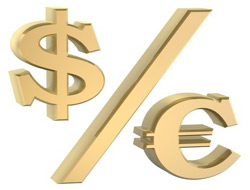 Shipping loans appeared reduced by a breathtaking 97% during the first quarter of the year on a global basis, according to figures released during a recent shipping conference held in Athens.

Shipping loans appeared reduced by a breathtaking 97% during the first quarter of the year on a global basis, according to figures released during a recent shipping conference held in Athens.

According to Petrofin SA, loan approvals reached just 3-5% of the relevant period of last year, when the shipping indusry was still among the best performers of the global economy . Banks specializing in shippping only grant a limited amount of financing to very special clients, with stricter rules, more beneficial to them, thus allowing for higher profit margins and commissions.

Within these stricter rules, it is almost impossible for a ship owner to obtain financing for more than 50% of the cost of each investment, with the rest comping from own funds. It is a totally opposite picture from the one we used to see in the recent years, when most banks were financing at least 70% of the investment and in some cases even 90%.

According to market sources, the few loans granted from the beginning were headed towards second hand vessel acquisitions or resale agreements. According to Petrofin Research, the total value of loans towards Hellenic shipping companies reached $73.2 billion, up by 9.4% compared to 2007, when comparatively, the shipping loan market was higher by 44.3% towards 2006. Greek banks" loans by the end of 2008 stood at $17 billion.

Analysts estimate that the market for shipping finance will recover within the second half of the year, picking up more pace from 2010 onwards. This development though will be closely linked with the global banking system.

Meanwhile, the shipping industry is expected to rebound during the second half of 2009 as well at the earliest, but even this won"t be enough to match the growth pace of the previous years. It will take at least 2-3 years for the sector to recover to satisfying levels. Any such recovery though is closely linked to an aggressive policy of limiting future tonnage supply.

Within that context, ship demolition activity will play a crucial role. It is reported that during the first quarter of the year at least 141 dry bulk vessels were sold for scrap, while at the same 111 new buildings were delivered to their owners from shipyards. With data regarding order cancellations still being a field of speculation, no accurate estimates as to the future tonnage supply can be given.

Greek ship owners have an outstanding orderbook of about 1,088 ships, with 897 of them coming from privately held companies with the remaining 191 ships being contracted by public companies.

Analysts indicate that approximately 10-15% of these orders haven"t yet secured financing, while most of them have scheduled deliveries for 2011 or later, which could mean that many are at risk of not materializing. Still, Hellenic shipping companies retain high levels of liquidity compared to their foreign counterparts, while at the same time there has been no case of companies going broke.

This news is a total 1373 time has been read