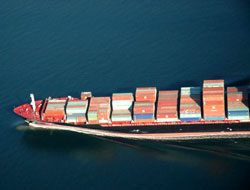 While most banks are willing to negotiate covenant waivers rather than pull the carpet from underneath owners in breach of loan agreements, ship financiers have told Lloyd"s List that the prospect of foreclosures and ship arrests will increase significantly as the year progresses.

Loan-to-value covenant breaches are becoming an issue of concern for many shipping banks as asset values plummet and available equity dries up, but according to finance experts this is just one part of a much larger problem.

?The loan-to-value issue is just one of many covenants being breached on a daily basis by a very large number of shipowners,? said Anthony Zolotas, chief executive of specialist finance boutique Eurofin.

?Most shipowners have already had some form of breach of covenant and as we come to the end of the year I believe that we will see more foreclosures.?

Falling asset values, now well below their covenants, have prompted a recent rash of negotiations between banks and shipowners to hold off any immediate crisis. But the banks remain in a very difficult position and brokers have warned there are still potential writedowns in their shipping portfolios to come.

Financiers have warned that the level of covenant breaches within the industry has now reached such a level that banks could potentially take drastic action against most owners on any number of small print infringements.

The fact that such moves have been limited to only the worst offenders so far suggests that banks are still unwilling to take action unless absolutely necessary, as in the recent case of the collapse of Eastwind Maritime.

In most cases, owners have suggested that banks are still willing to accept renegotiated deals in return for increasing fees.

?[The banks] could play hardball, but they also have to be realistic,? Mr Zolotas said. ?If the shipowner cannot pay what choice do they have? They could arrest the ships but who would buy them? Many banks, for the moment at least, are still taking a pragmatic approach and just squeezing owners or improving their positions wherever they can.?

Senior London broking sources also said it would not be in the banks" interest to shunt the industry into a period of fire sales, in which a new benchmark for asset values would be set. In the vast majority of cases, that would be well below the level of outstanding loans.

However, the build up in problem loans cannot be put off indefinitely and stresses are starting to show.

Financiers suggest that the next crunch point will come when some of the recently restructured terms come up for renewal.

?That is the $64,000 question right now; how do the banks approach the next period of defaults?Everybody"s loan is underwater, but it is the same for everybody,? said one senior US ship financier.

The issue of loan agreement breaches has recently been thrust under the spotlight by the high profile stand-off between French line CMA-CGM and Korea"s Eximbank.

Demands from the Korean side for extra equity to cover the cost of new ships that were thought to be fully financed has raised industry concerns that the flexibility displayed by other banks may be about to end.

According to one senior Asian broker, banks have insufficient funds to finance the existing orderbook, even on some deals where they have already signed loan agreements, and as a result many are now looking for a way out.

?Of course no financial institution would admit such a thing, it risks another meltdown, so instead they dream up ways to dodge their obligations,? the broker said. ?Invoking loan-to-value clauses is a great ruse. The shipowner is then left at the mercy of the yard.?

Without a strong recovery in both the shipping markets and availability of liquidity from ship finance banks, many fear that that things will get worse before getting better.

?Shipping has always been a deep pockets game,? said one broker. ?It is probably unfair to heap too much blame on the banks. Wiser and older shipowners have always known the banks would run for cover when things got tough. To expect otherwise would be like expecting a leopard to turn vegetarian.?

This news is a total 5290 time has been read