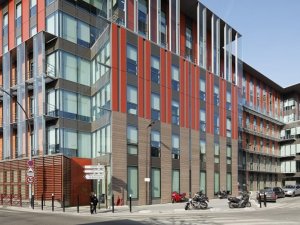 At the beginning of 2020 lending to shipping by the world’s top 40 ship financers was at its lowest level in more than a decade and global ship finance is expected to remain constrained in 2020/2021 in the absence of new positive factors.

However, despite this the decline of western banks ship finance appears to have run its course resulting in the stabilisation of western bank ship finance, according to Athens-based Petrofin Research.  A survey by the Ted Petropoulos-led Petrofin found lending by the 40 banks fell from $300.7bn in 2018 to $294.4bn in 2019, the lowest level since Petrofin started monitoring the global portfolio in 2008.

In the same period the Petrofin Index for global ship finance has fallen from 100 points to 64, down a point since the end of 2018 and “possibly to a reappraisal of shipping’s risks/rewards for banks”. Petrofin said “this trend may signal a gradual end of the departure by many European banks from ship finance leaving more committed participants”.

Meanwhile the global fleet has grown 31%, indicating the funding is coming from non-banking sources, such as leasing, alternative lending, private equity from funds and investors.

European portfolios show a small increase, based mainly on BNP Paribas which has a $17.97bn portfolio and KfW, $16.65bn, climbing to the top two positions. Third and fourth positions, based on market estimates, are occupied by China Exim and Bank of China, $16.5bn and $15bn respectively, ahead of Japan’s SuMi Trust [Sumitomo Mitsui Trust Holdings] with a book worth $13.5bn. European banks occupy the next five places.

At the same time in 2019 Chinese banks have taken a breather and continued to mark a small gradual decline in terms of direct, bilateral bank ship finance, but Chinese leasing has counterbalanced this decline increasing its exposure from $52.5bn in 2018 to $59.2bn in 2019.

“Unfortunately, the Covid -19 pandemic and its resultant major negative impact upon the global economic activity, international trade, and the price of oil, completely changed the scene in 2020,” said Petrofin.

Banks’ reaction to Covid – 19 was one of caution. “Although there were some loan restructure requests received by all banks, it was hardly a deluge,” says Petrofin. Continuing, “in fact, the shipping industry, as a whole, weathered the storm well with the exception of offshore and cruising industries, which faced serious financial threats”.

“Inevitably, bank approvals became more cautious and demanding, which resulted in more stringent terms and higher pricing. At the same time, Chinese leasing companies were adversely impacted by their exposure to aviation, which combined with the higher cost of US Dollar funding resulted in a slowdown in their ship finance activities.

“By mid-year, the situation has stabilised and the focus is shifted to the expected timing and magnitude of the global economic recovery. Analysts are talking either of a V-shape recovery, or of a U-shape one, or of W-shape one and yet others of no foreseeable recovery until 2021,” said Petrofin.