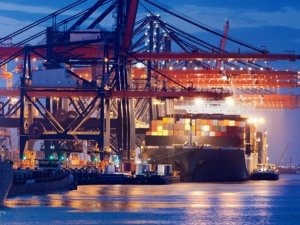 Large shipping losses have declined by 38 percent overall in the past decade, according to the Safety & Shipping Review 2018 by Allianz Global Corporate & Specialty (AGCS).

Further, the number of total losses declined by 4 percent to 94 last year, the second lowest number in a decade.

Sinking was the most common cause of the loss of a vessel, with 61 foundering events recorded for 2017. Wrecked or stranded vessels were the second major cause, followed by machinery damage or failure, shows the report.

“However, as the use of new technologies on board vessels grows, we expect to see changes in the maritime loss environment in future. The number of more technical claims will grow – such as cyber incidents or technological defects – in addition to traditional losses, such as collisions or groundings,” Ossena says.

Over decades, the Bermuda Triangle, a loosely-defined patch in the North Atlantic Ocean, has mysteriously swallowed up hundreds of ships and even planes.

Now, Asia seems to have its own version of the Bermuda Triangle, according to some media commentators.

Nearly a third of the worldwide shipping losses reported for 2017 were in the South China, Indochina, Indonesia and Philippines maritime region, according to the AGCS report.

Not that there was anything mysterious about this 25 percent annual rise in shipping losses in Asia. Busy seas, lower safety standards on some domestic routes and Typhoon Damrey in November 2017 were clearly to blame.

This news is a total 912 time has been read
Tags: Shipping Losses Continue to Fall