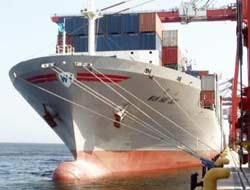 The bluk carrier M/V Alpha Action had sailed from Nagoya, Japan, on the previous day and was heading to Chile.

No casualties have been reported.

According to the Japan Coast Guard, a small amount of oil from M/V Wan Hai 307 has been discovered. Both ships are now drifting to the east of where the collision occurred.

Principal Particulars of the Ships

This news is a total 857 time has been read