Shipyard can not be closed because of accident 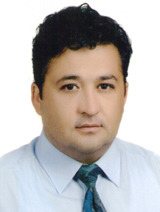 Occupational accidents recently in shipyards continue to hurt us. Many shipyard workers die because of security deficiencies, firms which don"t care about workplace safety and personal mistakes of workers.

Turkish industrialist tried to meet the deficit by employing uneducated employers in shipyards who work as welding, electrician or at the other branches of industry. But the expansion of shipping industry and correspondingly demand for more employers didn"t let the industrialist to meet the deficit. Because shipping industry is one of the heaviest branches in the world.

Shipbuilding industrialists employed uneducated and inexperienced people called as subcontractor when they couldn"t fix the problem.

The death of people because of accidents in shipyards is not an acceptable issue. However, "the shipyards are closed if needed" speech from Minister of Labor and Social Security Faruk Celik is also an unacceptable discourse.

The speech of Minister Celik is a historical one as the speech of National Education Minister Sir Emrullah between 1909-1911 which was: "I could manage the minister if there were not schools".

The speech of Minister Celik reminds the period when Ramazan Mirzaoglu was the ministry of state for shipping.

Of course accidents and death of workers annoying us as well as hurting. But the solution is not closing the shipyards.

Ministry of Labor and Social Security must interfere to this case urgently. And this is possible not by closing shipyards, it is by making arrangements in order to punish the shipyard owners who don"t care for workplace safety by heavy fine or prison sentence. Besides, the shipyard owners who employ workers without certificate and cause accident may be blamed in this case.

If these arrangements are made, it is a fact that there will be substantially decreasing at accidents and shipbuilding industrialists will avoid of employing uneducated and no certified workers. Also the system of subcontractor will be organized in the frame of those rules.

Turkish shipping industry has 3 milliard dollar input to Turkish economy, which will be 10 milliard in 2015 with new shipyards. But the attitudes of inexperienced bureaucrat and politicians damage this situation which means a kind of betrayal to Turkish economy.

The difference of two ministers

Shipping sector and shipping industry showed great development since Transportation Minister Binali Yildirim is charged for the position during 3 years.

We can not ignore the case which Turkey has been the fourth one while it was 23. in shipbuilding industry, getting orders and ship export through the world.

Transportation Minister Binali Yildirim expressed sadness and talked about the necessity of any kind of measure for Tuzla case. While he never gives a speech like "the shipyards are closed if needed", also he takes responsibility.

Correspondingly, while Minister of Labor and Social Security Faruk Celik must act as a politician who has responsibilities, conversely he is trying to cover the situation by absurd speeches like "the shipyards are closed if needed".

Invitation to Bayrak and Kalkavan

I have an invitation to Chamber of Shipping President Metin Kalkavan and Turkish Shipbuilders Association President Murat Bayrak.

Mr. Kalkavan and Mr. Bayrak must attitudinize to Minister of Labor and Social Security Faruk Celik as soon as possible and express him that he must give up these kind of absurd discourses since Turkish Shipping industry is being damaged.

Otherwise, it will be too late and the investments around 3-5 milliard dollar on Tuzla will go to waste.