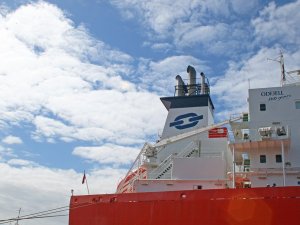 A shipyard worker has lost his life while working on a newbuilding vessel at the Fukuoka Shipbuilding in Japan.

The worker reportedly succumbed to fatal injuries he suffered while cleaning the ship’s cargo tank.

The man, in his late fifties, reportedly fell while working in the cargo tank of the chemical tanker newbuild. The man was found unconscious and rushed to a hospital for medical treatment by the local fire-fighting department. However,  the worker could not be saved.

The ship was intended to join Odfjell Tankers later this year, as the company is scheduled to take over the ship as its commercial manager. The ship is not owned by Odfjel, however.

Fukuoka Shipbuilding is yet to provide WMN with a comment on the matter.

Odfjell has a total of 76 tankers, out of which 34 are owned, 16 are on time charter, 13 are leased, 5 are on bareboat charter and 8 are in a pool, data from the company’s website shows.

There are five newbuilds on order for the company, three chemical tankers and two gas carriers.

This news is a total 717 time has been read
Tags: Fukuoka Shipbuilding, Odfjell.