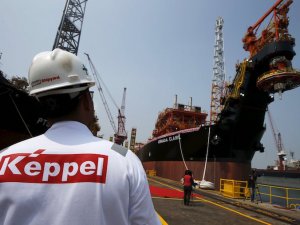 ​EIG, in a filing on Wednesday, alleged that Odebrecht SA and other shipyards along with Petrobras misled the firm to invest over $221 million to purchase equity in now-bankrupt Sete Brasil Participacoes SA. (http://1.usa.gov/1U0JWXs)

The other shipyards mentioned in the filing by EIG and eight of its managed funds include Keppel Corporation Ltd, Sembcorp Marine Ltd and Jurong Shipyard Pte Ltd.

“Through a series of misrepresentations and omissions directed at EIG, Petrobras fraudulently procured the funds’ investment and proceeded to use that money to perpetuate and expand a covert and massive corruption scheme to enrich itself and its co-conspirators,” EIG said in the lawsuit filed in the U.S. District Court, District of Colombia, Washington.

The fraud, when exposed in 2014, led to the collapse and bankruptcy of Sete, EIG said in the revised court filing.

EIG, which first sued Petrobras in February, said Petrobras founded Sete in early 2010 after discovering massive oil and gas reserves off the coast of Brazil.

To tap into these reserves, Petrobras required the exclusive use of drillships designed to operate in ultra-deep waters, and to procure drillship contracts, the shipyards and Odebrecht paid bribes and kickbacks to Petrobras executives and representatives of the Workers Party of Brazil, EIG added.

Reuters reported, in late April, that Sete Brasil was close to seeking protection from creditors after its efforts to secure a long-term contract with Petrobras failed.

This news is a total 3449 time has been read
Tags: Shipyards Named in Petrobras Suit