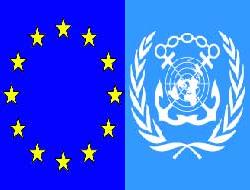 THE maritime administrations of EU states should share the work of building knowledge and information on officer certifcation by collecting samples of certificates to build up image databanks for quick reference.

THE maritime administrations of EU states should share the work of building knowledge and information on officer certifcation by collecting samples of certificates to build up image databanks for quick reference. This is one of the recommendations resulting form a two year pilot project and study by a multi-national EU-sponsored team highlight weak points in the seafarer certification system, show different practices of different countries and offers instruments and a new system for combating forgery.

To increase the awareness of the problem and to exchange experiences an international convention of European seafarer registries was held in Riga, Latvia on 28 June 2007. More than half of EU national maritime agencies in charge of seafarer certification attended. The event showed widely differing national approaches to combating forgery and their experience in the verification of seafarers" documents.

The project was aimed at improving the awareness of the current situation regarding fraudulent seafarers" documents, the development of a new anti-fraud tool package and safeguards to prevent seamen from sailing without genuine documents. It has delivered an up to date list of local institutions in European Countries for communication matters with regard to the verification of seafarers" documents. It recommends that Administrations share the work of knowledge and information by collecting samples of certificates to build up image databanks for quick reference. A pilot of such methodology was developed and tested.

In addition, it is proposed that when Flag States conclude a MOU (Memorandum of Undertaking) with the Certificate issuing Administrations concerning the recognition of Certificates, as required under regulation I/10 of the STCW Convention, it would be beneficial for them to include in the undertaking the provision that all proof for issue of Certificates of Competency must be duly verified before the confirmation is given.

This news is a total 1012 time has been read