Silverstream air lubrication system to be fitted on 8 LNG newbuilds 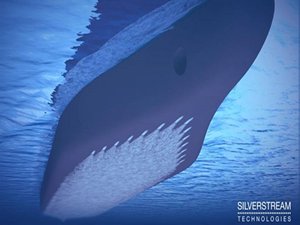 Silverstream Technologies has won orders for its air lubrication system to be installed on eight LNG carrier newbuildings being built at Korean yards for charters to Shell.

The eight 174,000 cu m LNG carriers are being built at Hyundai Heavy Industries (HHI) and Hyundai Samho Heavy Industries and will be fitted with the Silverstream System which is designed to reduce hull resistance resulting fuel and emissions savings.

Four of the LNG newbuildings were ordered by Knutsen LNG, two by Korea Line Corp, and two by investors advised by JP Morgan Asset Management. All eight newbuildings are for charter to Shell, which last year announced a framework agreement to with Silverstream to retrofit existing LNG carriers in its fleet with the air lubrication system.

Noah Silberschmidt, ceo of Silverstream Technologies, commented: “The support shown by the yard, owners, and charterers for our technology in the LNG carrier sector has been substantial and is hugely encouraging in terms of the potential to support the wider global shipping fleet.

“Working with some of the best known names in the maritime sector is an immense privilege and our expert team of commercial and supply chain professionals, alongside our world-beating naval architects and engineers, are fully focused on installing, testing, and commissioning our System on these vessels – and delivering market-leading efficiency savings once they are in operation.”