Singapore port container volumes down, bunker sales up in H1 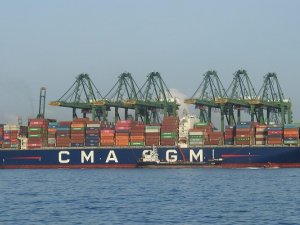 The Port of Singapore saw a 1% drop in container volumes in the first half of 2020, but bunker sales were up 3.7% in the same period.

According to figures released by the Maritime & Port Authority of Singapore (MPA) cargo volumes were down in the Southeast Asian hub port in the first half of the year, with shipping globally himpacted globally by the Covid-19 pandemic.

The world’s largest container transhipment hub, and second largest box port overall, reported a container throughput of 17.84m teu in the first half of 2020, a 1% drop compared to 18.03m teu in the same period in 2019.

Overall cargo throughput at the port, including containers, conventional, oil and dry bulk cargoes saw 7.3% dip in the first half of 2020 to 292.40m tonnes compared to 315.43m tonnes in the same period a year earlier.

However, while Covid-19 has hit cargo volumes the world’s largest refuelling port reported higher bunker sales in the first half of the year, which coincided with the introduction of the IMO 2020 low sulphur fuel cap on 1 January 2020. In the first half of 2020 24.58m tonnes of bunker fuel were sold in the Port of Singapore, up 3.7% on the 23.71m tonnes sold in the same period last year.