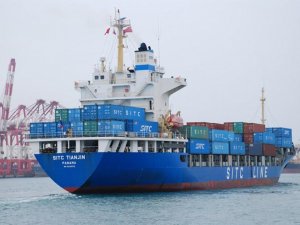 A leading Chinese intra-Asia box operator, SITC, has chartered the 4,620 teu, Reederei Hamburger Lloyd -controlled RHL Constantia for a period of one to three months at $6,350, according to French analysts, Alphaliner.

The ship is the largest container vessel ever chartered by SITC, far bigger than the previous largest ship in its fleet, the 2,741 teu SITC Surabaya.

The wide-beam RHL Constantia has been deployed on SITC’s China-Philippines CPS weekly service, which the carrier operates jointly with Sinotrans.

SITC runs a fleet of 76 container vessels and is the world’s 20th largest liner, having just broached the 100,000 slot mark.

This news is a total 909 time has been read
Tags: SITC fixes its biggest boxship