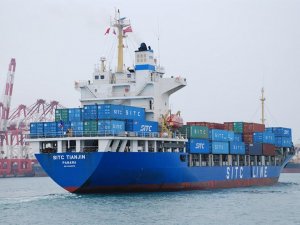 Chinese containership operator SITC has announced that it has exercised options for the construction of two containerships while it also entering into new shipbuilding contracts for two additional containerships.

All the four 1,011 teu containerships will be built by South Korea's Dae Sun Shipbuilding, at a total cost of $68m.

Delivery of the vessels will start in 2019.

SITC said the new vessels will expand the company's self owned fleet and meet operational requirements. In May, SITC signed shipbuilding contracts with Dae Sun for two vessels of the same size for $34m.

SITC has also been active in the secondhand market lately, it acquired two boxships from US owner Soundview Maritime in March and one vessel from Germany's Harmstorf in June.

This news is a total 544 time has been read
Tags: SITC orders boxship quartet at Dae Sun