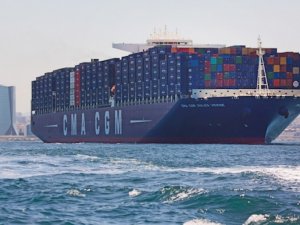 According to a release by the commission, it has reasonable grounds to suspect that Hamburg Sud, Maersk Line, Safmarine, Mediterranean Shipping Company (MSC), Pacific International Line (PIL), and CMA CGM Shipping Agencies have engaged in collusive practices to fix the incremental rates for the shipment of cargo from Asia to South Africa in contravention of South Africa’s Competition Act.

The commission has collected documents and electronic data from the companies during the raid operations for further investigation.

“South Africa is a strategic hub for the trade of goods in and out of the Southern African region. Any cartel by shipping liners in this region results in inflated prices for cargo transportation. Cartels of this nature increase the costs of trading in the region and render the region uncompetitive in the world markets. Such cartels have the effect of significantly derailing the economic growth of the region”, commented the commissioner of the Competition Commission Tembinkosi Bonakelea.

A spokesperson for Maersk Line confirmed the raids to Splash, with the company issuing the following statement:

“We can confirm that the South African Competition Commission (“SACC”) is carrying out an unannounced inspection in our Maersk Line and Safmarine offices in South Africa.

The purpose of this inspection is to ascertain whether there is evidence of any infringement of the South African Competition Act, 89 of 1998 in relation to alleged price fixing. We are cooperating fully with the SACC.

The fact that such inspections are carried out does not mean that a company has engaged in anti-competitive behaviour nor does it prejudge the outcome of the investigation itself. Unannounced inspections are often a preliminary step in investigations into suspected infringements of competition rules.”

The spokesperson said that as the investigation is ongoing, no further details could be shared at this point.

This news is a total 16018 time has been read
Tags: Six container shipping lines investigated for price fixing in South Africa