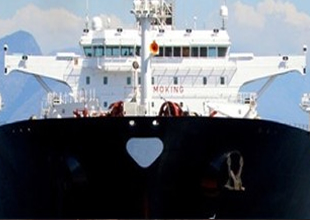 The growth in crude production in the Atlantic Basin will have a profound impact on regional crude supply/demand balances. According to PIRA Energy Group.
The Atlantic Basin is broadly defined as including the Americas, Europe, and Africa. According to PIRA, refinery runs in these countries have declined in recent years after peaking in 2005-2007, but they are expected to slowly resume growth with increases in the U.S. and Latin America more than offsetting declines in Europe. (Crude production growth is being driven by the shale/tight oil “revolution” in the U.S. and increased oil sands development in Canada).

However, the projected growth in crude production is much greater than the increase in refinery runs. As a result, a sizeable crude surplus will develop within the region, and crude will be forced to seek markets elsewhere, primarily in the rapidly growing countries in Asia.

These changes are already beginning, say PIRA, with increasing volumes of African crudes no longer imported by the U.S. and instead moving to Asia. Also the former FSU and Latin America are actively seeking to expand sales to Asia, as are Canadian producers, which are looking to build pipelines to the Pacific Coast in order to export their crude to Asia.

PIRA postulates that as the Atlantic Basin moves from crude-short to increasing length, inter-regional crude differentials will also shift in order to allow greater movement of regional crude to Asia and discourage imports of Middle Eastern crude into the Atlantic Basin. Consequently, crude prices will be lower in the Atlantic Basin than in Asia-Pacific for comparable grades. The Brent-Dubai spread a key measure of the relative incentive to supply Asian refineries from the Atlantic Basin (mostly African crudes) or from the Middle East will stay narrower than it otherwise would have been.
www.turkishmaritime.com.tr
This news is a total 1310 time has been read