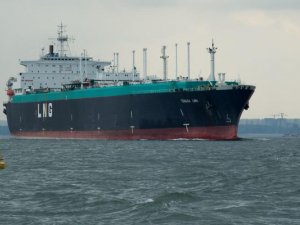 The niche LNG-to-power segment that is budding in the background may inject a much-needed boost to generate more activities for the LNG shipping market, according to analyst Drewry.

“We expect the increasing interest in LNG-to-power to lead to more orders for small-scale LNG carriers and to generate employment for FSRU and FSU vessels in the fleet,” observed Aman Sud, senior research analyst at Drewry Maritime Research.

Already, there are three 127,000 cu m LNG carriers are currently under conversion to FSRUs by Karpower International and Mitsui OSK Lines to provide LNG for floating power plants – or ships used to generate power – in Mozambique, Indonesia and Ghana. These ships will enter the fleet by end 2020.

In Southeast Asia, countries like Indonesia, the Philippines, Thailand and Myanmar are now investing in LNG-to-power projects to meet power generation shortages and to provide reliable power to remote islands. Countries with vast LNG import infrastructure such as India, China, Japan and Brazil are also looking to invest in LNG-to-power projects to meet the sudden surge in power demand and to provide electricity to remote areas.

Major energy companies such as ExxonMobil and Total are also looking to invest in the sector, with proposed projects in Vietnam and Myanmar respectively.

Globally, around 12 gigawatt (GW) of LNG-to-power generation capacity is either under construction or planned which will come online by 2023, increasing LNG demand by 7-9 million tonnes per annum (mtpa). Another 14 GW capacity is proposed at present which can further increase the global LNG demand by another 10-12mtpa, according to Drewry.

“LNG-to-power projects are therefore expected to bring a ray of hope to an otherwise gloomy LNG market where production is being hampered by the lack of demand and issues related to storage. However, using LNG for power generation, despite its positives, requires a regulatory push by governments for the niche segment to succeed,” Sud noted.

The United Nations has commented that countries should not fall back on coal even though the economic impact of COVID-19 has been disastrous for new investments. “A possible resolution in the UN Energy Convention backed by major LNG exporting countries such as the US, Australia and Russia can change the way we consume energy in favour of a gas-rich energy mix,” Sud wrote.

Meanwhile, tax breaks, increased duties on coal and the issuing of LNG import licenses to non-state players are some of the moves which a few countries have taken so far to raise incentives for such projects.