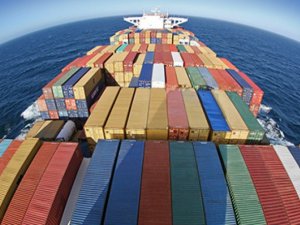 Samra Midas Group (SM Group), the new name in container shipping, has got its fleet buildup plans underway. Having recently outlined plans to grow a fleet up to 110,000 teu which would make it a top 20 global liner, it is not hanging around, keen to scoop

As well as taking on Hanjin’s transpacific operations for $31.5m, SM Group, which owns bulker outfit Korea Line Corp, has got brokers scouring for tonnage around the world, principally in feeder, 4,500 teu and 6,500 teu sizes. Broking sources tell Splash it has made its first foray for feeder tonnage, snapping up the 10-year-old Chinese built Perla for $4.5m. The 1,098 teu ship was owned by Germany’s Laeisz Reederei.

SM, which traditionally has been in construction, has developed a new brand, SM Line, to further its container ambitions. As well as the transpacific it is looking at becoming a noteable player on the intra-Asia trades and is in discussions with Korean peers, HMM, Sinokor and Heung-A to join their recently announced regional trade consortium.

This news is a total 2120 time has been read
Tags: SM Line starts fleet buildup in earnest with feeder buy