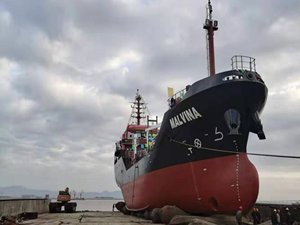 “Small builders are playing a role in the recovery of shipbuilding,” noted BRL Shipping Consultants in its BRL Weekly Newbuilding Contracts report

Small shoots of recovery in the tanker orderbook are visible at the smaller shipyards, according to BRL Shipping Consultants. It points to the order of an 8,000-dwt product tanker at Haidong, China.

Haidong has built a series of bunkering tankers, small product and chemical tankers, singledeckers and container feeder ships, none larger than 20,000 dwt.

BRL noted that there are several tenders for tanker newbuilding contracts including: