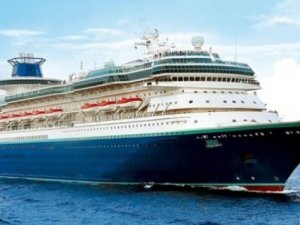 Saying that the pressures it faced from the coronavirus were simply too strong, Spain’s Pullmantur Cruceros announced that it has filed for a reorganization under Spain’s insolvency laws.

While Pullmantur was the first cruise line to succumb, many experts believe that he mounting pressures of no revenues and refunds to booked passengers along with ongoing cruise cancelations will take an increasing toll on the cruise companies.

Rumors of Pullmantur’s problems began to circulate in recent days as the company reported that it would move its three remaining cruise ships into cold layup and that it was canceling all cruises into November 2020. Started in 2000 by a Spanish tour operator, the line focused on the Spanish-speaking market. Six years later they were acquired by Royal Caribbean Cruises, but hurt by the global economy and operating challenges, the company failed to produce the hoped for returns prompting Royal Caribbean to sell 51 percent of the company to an investment group in 2016. Royal Caribbean continued to provide services to Pullmantur, which also operates three of Royal Caribbean and Celebrity Cruises’ older ships. A fourth Royal Caribbean ship was due to start sailing for Pullmantur in 2021.

"Despite the great progress the company made to achieve a turnaround in 2019 and its huge engagement and best efforts of its dedicated employees, the headwinds caused by the pandemic are too strong for Pullmantur to overcome without a reorganization," Pullmantur said in its filing.

The company’s ships, the Sovereign and the Monarch are both currently docked in Naples, Italy, where they were being prepared for the cold layup and stripped for valuable fittings. The third ship, the Horizon, had been laid up in Dubai, but recently made a crew repatriation trip to Mumbai and is now reportedly returning to the Middle East. Her sister ship the Zenith, currently in Greece, had previously been scheduled to transfer to a Japanese NGO called Peace Boat.

The brief announcement did not provide details for the proposed reorganization, but said that guests already booked to sail on Pullmantur will be offered the option to sail on other Royal Caribbean brands.This has caused speculation that Pullmantur’s ships would be sold.

Pullmantur’s announcement came just days after reports surfaced that the British cruise company Cruise and Maritime Voyages was also scrambling to refinance. One of the smaller, independent cruise companies, CMV operates a fleet of six older cruise ships, including three acquired from Carnival Corporation. The British Sky News reported that a proposed loan for CMV had fallen through promoting the company’s rush to find new financing. CMV’s problems were computed when British authorities announced they had detained five of the ships over crew welfare concerns.

The collapse of the smaller cruise companies may have ramifications for the larger publicly-traded cruise companies as well. In announcing that Pullmantur had filed for reorganization, Royal Caribbean noted that all of its assets related to the Pullmantur Cruceros joint venture had been included in non-cash asset impairment charges reported in their first quarter of 2020 results.

With the pressures and uncertainty continuing for the cruise industry, many analysts are expecting that these are just the first waves of impact on the companies. Carnival Corporation’s preliminary report on the second quarter lead to speculation that a further capital raise was imminent and that the cruise companies would accelerate efforts to downsize their operations.

This news is a total 1778 time has been read
Tags: Smaller Cruise Lines Begin to Succumb; Pullmantur Plans Reorganization