SMM Istanbul - Back to The Top 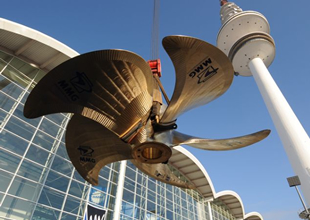 While the Turkish shipbuilding industry has closed the gap on the world's top shipbuilding nations over the past decade, a shaky global economy has weakened the entire industry in recent years.

Murat Kıran, the President of the Association of the Turkish Shipbuilding Industry, GISBIR (Türkiye Gemi İnşa Sanayicileri Birliği), about the upturn expected for 2014 and the important role of SMM Istanbul, which will be held in Istanbul on 26 and 27 February.

The most recent example is the shipbuilder Sanmar which is currently building the world's first tugboats propelled by Liquefied Natural Gas (LNG). The two 38-metre power packs are being assembled at a new shipyard in Tuzla, the capital of the Tuzla district within the Istanbul province, which is also the venue of SMM Istanbul 2014. The tugs were ordered by Buksér og Berging AS of Norway. Among the key factors contributing to the rise of the Turkish shipbuilding industry is SMM Istanbul, held on 26 and 27 February 2014 as a convention for the first time, combining an international conference with an industry exhibition. "We believe that SMM Istanbul, especially with one of its key subjects, 'Sophisticated Ships', can be a starting point for the Turkish shipbuilding industry by offering opportunities for fruitful co-operation in various fields," says Kıran.

This news is a total 1310 time has been read