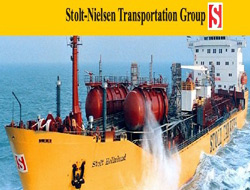 The aggregate price for the four ships is expected to be approximately $340 million, with deliveries expected to take place in 2011 and 2012.

The SLS newbuildings will have 24 stainless steel tanks and 15 coated tanks. The main dimensions of the ships will follow the same design of the four parcel tankers that SNTG ordered in October 2006 from SLS.

SNTG now has a total of 12 ships on order from SLS. The new fully double-hulled parcel tankers will meet both Marpol Annex I and Annex II cargo requirements. They will have IMO I, II and III capabilities and will be able to handle the full range of difficult to handle cargoes which SNTG carries.

Otto H. Fritzner, Chief Executive Officer of SNTG, said, "We are pleased to be further developing our relationship with SLS Shipbuilding Co. Ltd. Our new build program to support our growth continues to be carefully evaluated to take account of the trading outlook and our requirements to invest in our fleet".

SNTG and its partners today own and operate globally 156 ships ranging in size from 1,100 dwt to 40,200 dwt. After this order, SNTG has an order book of 18 intercontinental parcel tankers totaling 788,000 dwt with expected delivery between 2007 and 2012. In addition, through its regional joint ventures, pool partners, and time charter arrangements, SNTG also has 11 parcel tankers on order totaling 223,000 dwt.

This news is a total 1299 time has been read