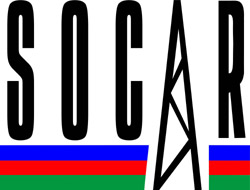 Turcas Petrol, founded in 1931 as Turkey's first private petroleum products company, is planning to make a big investment if it wins the tender for Petkim's block sale.

Turcas Petrol, founded in 1931 as Turkey's first private petroleum products company, is planning to make a big investment if it wins the tender for Petkim's block sale. Turcas Petrol will participate in the bid in a partnership with Socar, State Oil Company of Azerbaijan.

Petkim currently meets 28 percent of Turkey's petrochemical needs. Without an investment that rate may drop to below 10 percent by 2010, said Turcas board chairman Erdal Aksoy, during a plenary session on Wednesday.

"But we will produce Petkim's primary raw material, naphtha, at a refinery that we will establish in Ceyhan and through the investments we make, we will increase [Petkim's] market share to 50 percent [from 28 percent],” he said.

The privatization board requires $150 million of investment as a contractual condition from the purchasing company for 51 percent shares of Petkim. But it has been declared that this amount actually is much lower than what Petkim really needs.

Strength to compete at risk

Petkim's strength to compete is under threat in Saudi Arabia and Iran, where plans to establish petrochemical facilities are underway.

"We will invest in those refineries whether we purchase Petkim or not,” said Aksoy.

All projects that Turcas is planning from now are open to 51-49 percent partnerships, he said, adding, “ We announced that we will be one of the companies distributing share of profit. Therefore we will not become indebted by our projects. We will implement project financing. Our only contribution will be to the company's capital.”

Studies are still underway to increase the company's current capital of YTL 105 million to YTL 210 million. The capital increase will be free of cost and it will be implemented during the second half of the year, said Aksoy.

"The announcement related to the company's free of cost share distribution will be made in June. We will increase the capital as we consolidate capital increases in the subsidiary companies,” he said.

Turcas's partnerships with Royal Dutch Shell PLC and Socar are included among the company's subsidiaries.