Sohar is included to WAX service 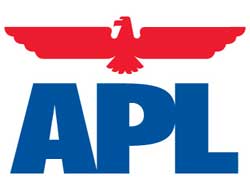 Oman International Container Terminal (OICT) yesterday celebrated the launch of a new service that connects Sohar with the high-growth economies of East Asia and the Far East. The West Asia Express (WAX) service, operated by the global shipping line APL, effectively positions the Port of Sohar as a new regional hub for maritime trade and provides seamless and speedy connectivity between Oman and its trading partners in Asia and the Far East.

"APL's decision to include Sohar in its WAX service is a strong endorsement of OICT's capabilities in ensuring rapid vessel turnarounds, superior operational efficiency and high productivity," said Lawrence Teo, Chief Executive Officer, OICT.""Further by directly calling OICT, this service not only serves as a bridge between Sohar and Far Eastern markets, but it also affords the Oman trade considerably savings in transit time on cargo shipped to these destinations. Besides, exporters based in the Sohar Industrial Estate or the rapidly industrialising hinterland can now ship their cargoes speedily to markets in the Far East, without having them transshipped via hubs in the region," Teo added in comments to the Observer.

The 275-metre-long APL Liberty made its maiden visit to OICT's modern facility yesterday, marking Sohar's inclusion for the first time in the WAX service. WAX is a dedicated weekly service between the East Asia and the Middle East that connects to APL's extensive Middle East feeder network. The service is rotated around the following ports: Kaohsiung -- Pusan -- Kwangyang -- Qingdao -- Ningbo -- Singapore - Jebel Ali - Sohar - Singapore - Kaohsiung.

"Through its WAX service, APL provides direct links and shorter transit times when delivering Oman-bound cargoes from Korea, China and Singapore, besides Japan, even though these goods are transshipped via Singapore," Teo added. The WAX service also represents a significant addition to APL's presence at OICT. Last November, the global shipping line included Sohar in its Red Sea service (SRX) linking Red Sea ports with the Indian Sub-continent and the Arabian Gulf.

APL is a wholly owned subsidiary of Singapore-based Neptune Orient Lines, a global transportation and logistics company engaged in shipping and related businesses. APL is a global container shipping business offering more than 60 weekly services and nearly 300 calls at more than 90 ports in Asia, Europe, the Middle East and the Americas. It combines world-class intermodal operations with leading-edge IT and e-commerce. In the Middle East, APL operates an extensive, weekly network with hub-and-spoke connections to its global service network. APL also offers direct services between the Middle East and Asia and the subcontinent.

This news is a total 1520 time has been read