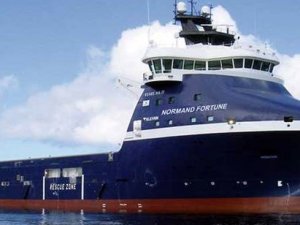 The contract for Normand Fortune will commence in May 2018 for a period of 4 months firm with further 3x2 months option. The vessel will operate in the Norwegian Sector of the North Sea.

“We are pleased to announce that we have secured another contract with Statoil ASA, one of our key clients. In addition to Normand Fortune, SolstadFarstad already has 10 vessels working on long term contracts with Statoil in Norway, UK and Brazil,” says Kenneth Lande, EVP – Strategic Regions of Solstad Farstad ASA.

In addition, Solstad Farstad has been awarded a contract for the PSV Sea Spider (2014, PX 105 Design), by an undisclosed client. This contract commences in February 2018 and the duration is for one well firm plus two optional wells. The firm period has an expected duration of 70 days.

This news is a total 791 time has been read
Tags: SolstadFarstad Bags Statoil Contract