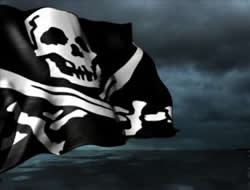 A number of Somali-Canadians are staking pirates off the Horn of Africa and taking a cut of their ransom money, an intelligence analyst told a maritime security forum this week.

A number of Somali-Canadians are staking pirates off the Horn of Africa and taking a cut of their ransom money, an intelligence analyst told a maritime security forum this week. ?We know where the money is going,? Karsten von Hoesslin, senior analyst for Danish-based Risk Intelligence, told naval officers and other delegates from Pacific Ocean nations meeting in Victoria. ?It"s coming to Ottawa, to London (England) and Nairobi (Kenya),? he told the Maritime Security Challenges Conference hosted by the Canadian navy.

Risk Intelligence analysts travelled to Somalia to gather the information, von Hoesslin told delegates. The firm provides information and advice on piracy, terrorism and organized crime to companies and governments.

Von Hoesslin made no mention of Toronto, home to 50,000 residents of Somali origin, and offered no details of an Ottawa connection, a published report from the conference shows. Von Hoesslin was travelling Friday and unavailable for further comment.

?I"ve heard of (piracy) money making its way to the Middle East and London but not Canada,? said Ahmed Hussen, head of the Ottawa-based Canadian Somali Congress. ?Anything is possible but how do you evaluate this??

?If these guys were living in Toronto or Ottawa we would know,? said Abdurahman ?Hosh? Jibril, of the Somali Canadian National Council in Toronto.

?They would be boasting and showing off, like quat dealers,? he said, referring to sellers of the banned leaf stimulant.

Since January, pirates off the Somali coast have attacked 65 ships, seized 17 of them and taken 362 hostages. Shipping companies typically pay ransoms of between $3 million and $7 million for release of vessels.

?It"s big business,? said Hassan Osman, a Canadian of Somali origin who worked as a shipping broker in the Persian Gulf emirate of Dubai for seven years before returning to Calgary in 2007.

?It is like the Mafia,? Osman said. ?Young men are hired to do this job. They get 10 per cent, 20 per cent. The big money goes to the big fish. They are buying small piracy boats from India, Iran, Yemen, and are investing in real estate in Dubai and Malaysia.?

This news is a total 6076 time has been read