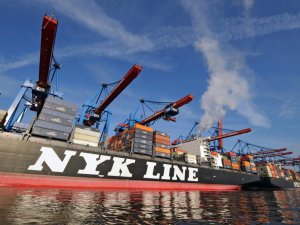 South African Competition Commission added that the merger “increases the likelihood of coordination as it creates further structural linkages in the container liner market.”

The commission also found that the proposed transaction creates a platform for coordination in the car carrier market which has a history of collusion involving the merging parties.

Announced in October 2016, the new joint-venture company would operate a fleet totaling 1.4 million TEUs, placing it as sixth in the market with approximately 7% of global share.

K Line and MOL, which will each hold 31 percent, and their compatriot NYK Line, which will hold the remaining 38 percent, envisaged to establish the new joint-venture company on July 1, 2017, while business commencement was expected to start as of April 1, 2018.