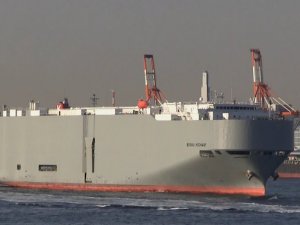 The Competition Commission said it had recommended a fine equivalent to 10 percent of Kawasaki Kisen Kaisha Ltd’s (K-Line) local turnover.

A K-Line representative in South Africa declined to comment on the case or to estimate the value of the fine.

The Commission said K-Line rigged bids with rivals between 2002 and 2013 to fix prices and divide the market for shipping from South Africa.

Mitsui was not fined because it was first to approach the Commission with information, the watchdog said.

“South Africa is a strategic hub for the trade of goods in and out of the Southern African region,” the Commission’s head Tembinkosi Bonakele said in a statement.

“Cartels of this nature increase the costs of trading … and render the region uncompetitive in the world market.”

The Commission has passed its findings to the Competition Tribunal, which holds hearings on antitrust cases before giving a final ruling. (Reporting by Tiisetso Motsoeneng; editing by Jason Neely/Ruth Pitchford)

This news is a total 981 time has been read
Tags: South African Competition Watchdog Seeks Penalty Against K-Line