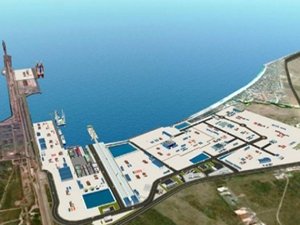 South African officials have been contemplating a domestic ship recycling facility since at least 2011, and the idea is making a comeback.

The vast majority of the world's ships are scrapped on tidal flats in Pakistan, India and Bangladesh, with limited local regulation of their environmental impact and the conditions for their migrant labor force. Though they pay far more per tonne than more highly-regulated competitors elsewhere, only a handful are compliant with the Hong Kong Convention on ship recycling (HKC). Even these HKC-certified yards have not been accepted by European regulators under the EU Ship Recycling Regulation (SRR), which requires European-flagged vessels to select a shipbreaker from an approved list.

In addition to the requirements of the EU SRR, a recent series of rulings in European courts have created the possibility of legal penalties for European owners who sell end-of-life vessels overseas without ensuring compliance with toxic waste export rules.

These powerful incentives for the use of "green" shipbreaking may open a new opportunity for competitors in other nations. In response to these incentives, a small number of public-facing shipping companies are implementing their own internal rules to require the use of sustainable scrapping.

According to its promoters, the planned South African ship recycling facility - to be named 34South - would offer a convenient location for end-of-life ships rounding the Cape of Good Hope, removing the requirement to pay tolls through the Suez Canal. The site would be located along South Africa's West Coast in the Saldanha Bay Industrial Development Zone.

The 34South facility would make use of a ship lift to bring each vessel out of the water, keeping the vessel's contents away from the sea and achieving containment during scrapping. The ship lift system would be able to accommodate more than one vessel at a time for economies of scale. It has the backing of the Industrial Development Corporation (IDC) of South Africa, its largest shareholder, according to Yaa Agyare-Dwomoh, a consulting analyst with Frost & Sullivan Africa.