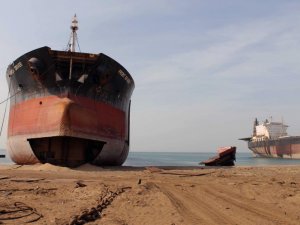 Out of the 144 end-of-life ships which were sold for breaking in the third quarter of 2016, 85 percent ended up on South Asian beaches, according to the data collected and analysed by the NGO Shipbreaking Platform.

This percentage of shipbreaking activities in Bangladesh, Pakistan and India made this quarter “one of the worst in the last years in terms of the small percentage of ships recycled in non-­beaching yards,” the Platform said.

Out of 122 vessels that reached the shores of India, Pakistan and Bangladesh this quarter, bulk carriers counted the highest number, adding 41 ships to the total of 293 bulk carriers broken so far this year. India was the preferred final destination between July and September 2016.

The new EU Regulation on Ship Recycling will prohibit the dismantling of EU-­flagged ships in substandard yards. However, by flagging out to a non-­EU flag before selling the ship for scrap, ship owners can easily circumvent EU law, NGO Shipbreaking Platform said.

During the three-month period, three fatal accidents and one injury were recorded in Chittagong. Another fatal accident occurred at a yard in Alang, India, when a worker fell into a tank, according to the Platform.

However, November was marked by an explosion at Pakistan’s Gadani shipbreaking yard, which took the lives of at least 26 people, while over 60 workers were injured. Following the incident aboard an oil tanker which was being dismantled at the yard, all shipbreaking activities were suspended in Gadani while investigations are underway.

This news is a total 4003 time has been read
Tags: South Asian Yards Break 85 Pct of End-of-Life Ships in 3Q