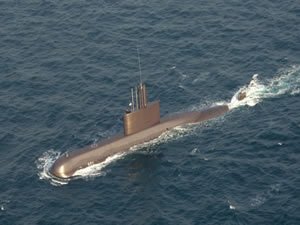 Greeted by the Commander of Submarine Force, the two parties discussed various areas of cooperation to enhance the Philippine Navy’s future submarine capabilities.

Issues discussed include transfer of the Korean Navy’s submarine operation know-how, resumption of International Submarine Education and Training Program (ISETP) that has been put on hold due to COVID-19, and regular Navy-to-Navy talks on submarines.

“Philippines is an ally who stood by our side during the Korean War and we look forward to returning the favor the Philippines through a long-term submarine cooperation” said the Commander.

During his stay, the Assistant Secretary also visited the Korean Navy’s submarine workshops, training facilities and Daewoo Shipbuilding & Marine Engineering (DSME), the builder of Korean submarines. DSME has been offering to Philippines its 1,400-ton submarine under a “Total Solution Package” which also includes crew-training and soft-loan to fulfill the Philippine Navy’s Submarine Acquisition Project.

As an opportunity to strengthen the bilateral strategic partnership, the Korean Defense Acquisition Program Administration (DAPA) is also actively supporting this project.