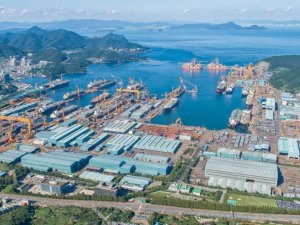 This is the largest shipbuilding deal in the history of the LNG industry whereas QP secured about 60 per cent of the global LNG shipbuilding capacity through 2027.

These orders are a huge boost for the trio as the shipbuilding industry has been significantly affected by the Covid-19 coronavirus pandemic.

The three shipbuilders saw a significant decline in their order books this year due to owners holding back on orders as global energy demand nosedived and oil prices hit record lows.

Korean shipyards are the biggest builders of LNG carriers winning more than 90 percent of carrier orders in 2019.

They also secured the entire order for 53 LNG carriers from Qatar back in 2004.

Breakdown of the newest order by shipbuilder is yet to be seen as QP did not reveal this info in its announcement.

This news is a total 229 time has been read
Tags: dsme , HHI , Qatar Petroleum , SHI