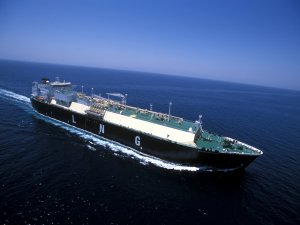 Samsung Heavy Industries said in a regulatory filing that it posted a net loss of 142.7 billion won ($126 million) in the second quarter, compared with a net profit of 22.7 billion won a year earlier. The company blamed increased fixed costs and losses stemming from a delay in the delivery of a drill ship to Ocean Rig.

However, the yard has seen some success this year, receiving $2.9 billion in ship orders for 29 vessels. For example, it secured a contract for two 174,000 cubic meter LNG carriers in April worth $184 million each. The contract comes with option for two. And, this week, it secured a contract for three special-purpose ships for a shipowner in North America. The vessels are due to be delivered in December 2020.

The yard says it has received orders worth $7.9 billion for 92 vessels so far this year.

Hyundai Heavy Industries plans to close its offshore production yard in August after completion of a module for a client in Abu Dhabi. It has been struggling to win orders for the yard for over three years, and received orders worth $2.87 billion this year, falling short of the first-half target of $10.17 billion.

South Korean shipyards are expected to have their worst annual performance in history, and last week they called for a freeze in the prices of thick steel plates until business improves.

South Korea has the world's three biggest shipbuilders by sales: Hyundai Heavy Industries, Samsung Heavy Industries and Daewoo Shipbuilding & Marine Engineering. They have been struggling with low orders and rising costs since the 2008 financial crisis. As of the end of June, the three top South Korea shipyards had an order backlog valued at $32.19 billion, which will keep their shipyards busy for about a year, reports Yonhap News.

This news is a total 773 time has been read
Tags: South Korean Yards Post Quarterly Loss