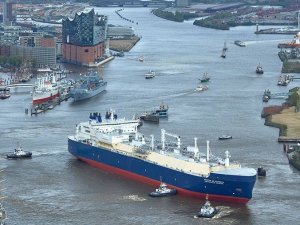 PAO Sovcomflot (SCF Group), one of the world leaders in energy shipping and marine services to offshore oil and gas upstream projects, said that its gross revenue for the full year to 31 December 2017 grew by 3.4% to $1.43 billion.

According to the statement, 2017 proved to be one of the worst years for the conventional tanker market in the last quarter of a century, with similar conditions experienced to those seen in 2011 and 1992.

Conventional tanker freight rates fell by almost 50 per cent year-on-year, reflecting an oversupply of speculative orders following the 2015 market spike, as well as the effect of sustained production cuts by OPEC and other oil producing nations and a backwardation in the oil trade.

Set against this background, the Group’s time charter equivalent revenue declined by only 7.4 per cent, demonstrating the robust nature of its industrial-focused business model.

Sergey Frank, President and CEO of Sovcomflot commented: “Despite the very strong headwinds seen in the conventional tanker markets over 2017, with freight rates down by almost 50 per cent reflecting one of the worst years in a quarter of a century, we continued to implement our core strategy of industrialising our business model."

Sergey added: "Sovcomflot’s growing industrial portfolio (offshore services and gas transportation) enabled us to remain profitable operationally. Our Offshore and Gas businesses saw time charter equivalent revenues increasing by 48.7 and 17.4 per cent respectively year-on-year, providing a welcome relief from the difficult conditions facing our conventional tankers. The robust nature of the Group’s business model has shown our ability to weather the low point of the shipping cycle”.

Evgeniy Ambrosov, Senior Executive Vice-President of Sovcomflot, commented: “Last year we have delivered several pioneering new vessels, designed in close cooperation with our esteemed strategic charterers, which are destined to become one of the core elements of a unique logistics system for the transportation of hydrocarbons. One such example being the icebreaking LNG carrier Christophe de Margerie, purpose built to make LNG exports possible from the vast Arctic energy reserves of the Yamal Project in Northern Russia."

A highly specialised icebreaking platform supply vessel (IBSV) Gennadiy Nevelskoy was delivered in March. This was followed in June by Stepan Makarov, and Fedor Ushakov in October, the first three in a series of four multifunctional ice-breaking supply and standby vessels.

All vessels are contracted to operate on the Sakhalin-2 -Project, under 20-year time-charters to Sakhalin Energy Investment Company.

The vessel commenced loadings from Sabetta following the official launch of the Yamal LNG plant in December 2017.

This news is a total 616 time has been read
Tags: Sovcomflot Better, Despite Challenging Year