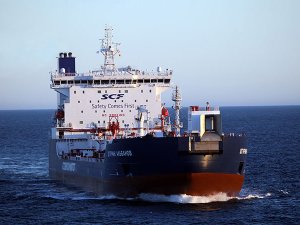 The tanker will transport crude oil for the Novy Port project, under an agreement between Sovcomflot and Gazprom Neft.

Mikhail Lazarev is the fourth handy tanker built by SHI for Sovcomflot for the Novy Port project, according to VesselsValue data. The first three units were delivered in 2016 and are transporting oil through the Northern Sea Route.

The Arc7 ice class tankers are capable of sailing through ice as thick as 1.8 meters while operating at temperatures below -40°C.

Mikhail Lazarev flies the Russian flag and has a length of 248 meters. Sovcomflot has a total of 23 handy tankers in its fleet.