Sovcomflot to be privatised ‘before the end of the year’ 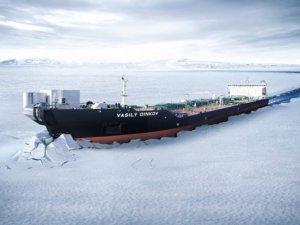 Russia has stepped up its privatisation plans across a number of industries as the Kremlin looks to rein in its budget deficit.

The mid-sized oil producer Bashneft could also be privatised before the end of the year, Shuvalov added.

The government has reportedly just closed a deal to sell a 10.9% stake in diamond miner Alrosa for RBL52bn ($800m).

Russia’s Putin-led government said in February it would prioritise an initial public offering (IPO) of shares in Sovcomflot.

This news is a total 4960 time has been read
Tags: Sovcomflot to be privatised ‘before the end of the year’