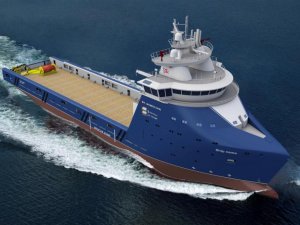 The vessel were chartered for seven years with five one-year extension options and the total value of the contract amounts to 2.7 billion NOK. The Norwegian offshore supplier Simon Mokster Shipping was awarded with charter agreement for its three ERRV ships – Stril Poseidon, Stril Merkur and Stril Herkules. The fourth vessel was chartered from the fleet of Havila Shipping and for emergency response at Norwegian Continental Shelf will be deployed Havila Troll. The contracts were very important for the both companies, which suffer from the crisis in the offshore service sector and suffer from decreasing liquidity and large unemployment of their vessels.

“Statoil has an extensive emergency preparedness system on the NCS, and through the contracts we have secured four vessels that are tailored to our waters. I look forward to continuing our long-standing and good partnership with Simon Møkster Shipping and Havila Shipping”, said the senior vice president for joint operations support of Statoil, Philippe Mathieu

Statoil has a total of six ERRV vessels at the Norwegian Continental Shelf, and one vessel currently being upgraded to an adequate relief vessel.

This news is a total 993 time has been read
Tags: Statoil chartered four ERRV vessels for area-wide emergency response at Norwegian Continental Shelf