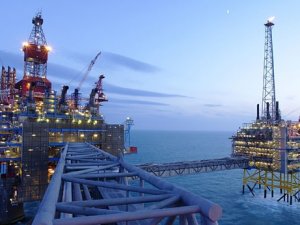 The Norwegian international company Statoil consider withdrawal from oil and gas operations in the US Gulf of Mexico, due to low economic results and insufficient productivity.

Statoil was part of several discoveries in the region as a junior licence partner, but the company has failed to strike oil in the drilling campaigns it has operated, despite spending billions of dollars. The company implemented excellence and restructuring programs, in attempt to improve productivity and liquidity of operations on the background of low oil prices, but according to the management the oil and gas operations in the US Gulf of Mexico were not

“Even if the fields we have are paying off, the Statoil-operated exploration campaign could so far be characterised as a failure”, said the company’s exploration chief, Tim Dodson. “We’ll consider whether to and how to proceed”, added he.

The latest well in the region was drilled some 18 months ago and the company will not spud any in 2017.

Statoil is evaluating its work in the region and that no decision has been made on whether or not to continue drilling there as an operator. The company has enjoyed more success with its joint ventures elsewhere in Latin America, notably in Brazilian waters with partners Petrobras and Repsol Sinopec, so according to the business management Statoil will redirect investments there.

This news is a total 1043 time has been read
Tags: Statoil consider withdrawal from oil and gas operations in the US Gulf of Mexico