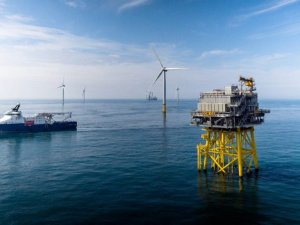 Shareholders of Norwegian energy giant Statoil have approved a proposal to change the company’s name from Statoil ASA to Equinor ASA reflective of the company’s (and Norway’s) growing focus on green energy.

Shareholders of Norwegian energy giant Statoil have approved a proposal to change the company’s name from Statoil ASA to Equinor ASA reflective of the company’s (and Norway’s) growing focus on green energy.

During annual general meeting (AGM) of shareholders held Tuesday, Statoil shareholders voted in favor of the board of directors’ proposal to change the company name to Equinor ASA, and amended the company’s Articles of Association accordingly.

Statoil announced in March a proposal to change its name to Equinor as it seeks to broaden its energy reach beyond traditional oil and gas production. The company expected the AGM to approve the name change based support from the Government of Norway, which owns 67% in the company, as well as support from five unions organising Statoil employees.

The change comes just a few months after Norway’s $1 trillion sovereign wealth proposed to divest all of its oil and gas stocks, including its ownership in Statoil. Norway as a whole is also seeking to reduce its reliance on petroleum production.

“The world is changing, and so is Statoil. The biggest transition our modern-day energy systems have ever seen is underway, and we aim to be at the forefront of this development. Our strategy remains firm. The name Equinor reflects ongoing changes and supports the always safe, high value and low carbon strategy we outlined last year,” said chair of the board in Statoil, Jon Erik Reinhardsen.

During Tuesday’s AGM, a shareholder proposal suggesting that the company’s board should present a strategy for business transformation from producing energy from fossil sources to renewable energy to ensure the company’s long-term sustainability, and shareholder value, was not adopted.

This news is a total 676 time has been read
Tags: Statoil Drops the ‘Oil’: Shareholders Approve Name Change to Equinor