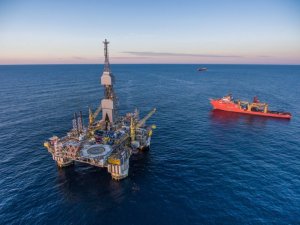 Statoil ASA, Norway’s biggest petroleum company, will change its name to Equinor as it seeks to broaden its energy reach beyond oil and gas production.

“The world is changing, and so is Statoil,” said Chairman Jon Erik Reinhardsen in a statement. “The biggest transition our modern-day energy systems have ever seen is underway, and we aim to be at the forefront of this development.”

The name reflects the starting point for equal, equality and equilibrium, and “nor,” to signal the company’s Norwegian origin, according to Statoil, which is 67 percent controlled by the government.

The change comes just a few months after Norway’s $1 trillion sovereign wealth fund shocked the world in proposing to divest all of its oil and gas stocks, arguing that given the country’s overall exposure to oil, including its ownership in Statoil, it didn’t make sense to also tie up financial assets in the petroleum sector. Norway as a whole is also seeking to reduce its reliance on petroleum production.

Statoil said its strategy presented in 2017 set clear principles for the development of a distinct and competitive portfolio, which includes about 15 percent to 20 percent of its investments to be in “new energy solutions” by 2030. Since Chief Executive Officer Eldar Saetre took over the company in 2014, the company has increased investments in offshore wind power, and recently entered solar energy.

The rebranding costs are estimated at between 230 million kroner ($30 million) and 250 million kroner, a person familiar with the matter said. The Equinor name is currently held by an Oslo-registered veterinarian, but that company is changing its name shortly, it said on its website.

The new name will be proposed to shareholders in a resolution to the Annual General Meeting on May 15. The change is supported by the Norwegian government, as well as Statoil’s five unions, the company said.

“The Norwegian continental shelf will remain the backbone of our company, and we will use our Norwegian heritage in our positioning as we continue growing internationally within both oil, gas and renewable energy,” Chief Executive Officer Eldar Saetre said.

This news is a total 757 time has been read
Tags: Statoil Name Change Drops `Oil’ Amid Transition to Green Energy