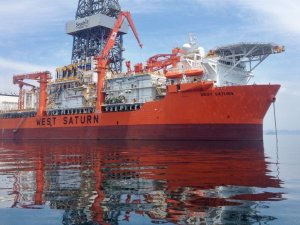 The agreement includes two contracts: Seadrill Offshore AS will provide the drillship West Saturn and Seadrill Serviços de Petroleo Limitada will provide services on board. The fixed contract scope includes one exploration well and one drill stem test, which are part of the license commitments of the exploration phase. The BM-S-8 license contains parts of the Carcará pre-salt oil discovery.

The West Saturn is a 6th generation ultra-deepwater drillship, built in 2014 and equipped to drill in water depths of up to 12,000 feet (3600 metres). Commencement date for the contracts is planned between 1 December 2017 and 1 March 2018. Under the contract, Statoil intends to drill the independent Guanxuma prospect.

“Clearly it is not a given that we find what we hope for, but if we are successful Guanxuma could be another significant discovery in this highly prolific basin,” said vice president for exploration in Brazil, Ana Serrano Onate.

Following the Guanxuma well, Statoil plans to perform a drill stem test on the Carcará discovery.

“Testing the Carcará discovery will provide important information for developing the field. In addition, Statoil is evaluating its options for the Northern open area licensing round, expected in October 2017. We believe Statoil is well-positioned for future operatorship of a unitised Carcará field,” said Anders Opedal, country manager for Brazil.

In addition to the firm program, the contracts include options for seven more exploration wells. Statoil can exercise these options based on the results of the firm exploration program and may deploy the West Saturn across its Brazilian assets, given regulatory approval.

On 12 July, Statoil  announced an agreement that will increase the company’s interest in the BM-S-8 licence from 66% to 76%.

Statoil has been present in Brazil for over 15 years and built a robust portfolio, including the Peregrino field in Campos basin and assets in the exploration and development phase. In this period, the company has invested more than 10 billion USD, paid almost 1 billion USD of government take and employed more than 1.000 people either directly or indirectly.

This news is a total 824 time has been read
Tags: Statoil secures drillship for exploration drilling in Brazil