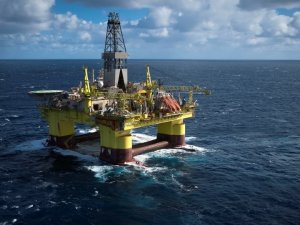 The company plans drilling of five wells, which will show the potential reserves of the field. Blamann well is in production license 849, where Statoil is the operator with an ownership interest of 50%, partnering with Eni Norge (30%) and Petoro (20%). The field is located on 60 nautical miles northwest off Hammerfest and 14 nautical miles from Goliat. The well will be drilled at 376 m water depth and scheduled to take 25 days, while the possible sidetrack well drilling will be done within another 13 days.

“At 01:45 last night we started drilling the important exploration wells in the Barents Sea. Blamann is the first of five wells that will give us an idea of the potential in the Barents Sea”, said Statoil in social media.

Statoil ASA is a Norwegian multinational oil and gas company headquartered in Stavanger, Norway. It is a fully integrated petroleum company with operations in 36 countries. By revenue, Statoil is ranked by Forbes Magazine (2013) as the world’s eleventh largest oil and gas company and the twenty-sixth largest company, regardless of industry, by profit in the world. The company has about 23,000 employees.

This news is a total 629 time has been read
Tags: Statoil started offshore drilling of Blamann well in the Barents Sea