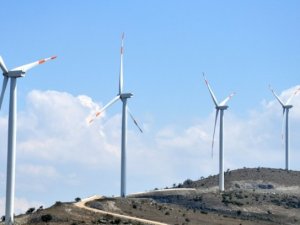 Norwegian energy company Statoil has launched a pilot scheme for battery storage for offshore wind power in Scotland, according to the company's announcement Monday

A new battery storage solution for offshore wind energy will be piloted in the world’s first floating wind farm in Scotland; the Hywind pilot park located off the coast of Peterhead in Aberdeenshire, Scotland, Statoil announced.

The battery storage for offshore wind plant is called 'Batwind' and will be developed in co-operation with Scottish universities and suppliers. The project was signed under a new Memorandum of Understanding (MoU) in Edinburgh on March 18 between Statoil, the Scottish government, the Offshore Renewable Energy (ORE) Catapult and Scottish Enterprise.

"Battery storage has the potential to mitigate intermittency and optimize output and it can improve efficiency and lower costs for offshore wind," the announcement read.

"The pilot in Scotland will provide a technological and commercial foundation for the implementation of 'Batwind' in full-scale offshore wind farms, opening new commercial opportunities in a growing market," Statoil said.

This news is a total 4359 time has been read
Tags: Statoil, starts, battery, storage, pilot, for, offshore, wind, Turkish, Maritime