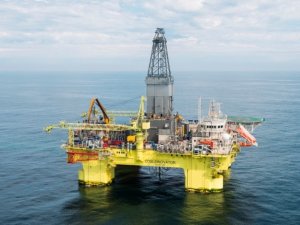 Norwegian oil major Statoil has decided to terminate its contract for the charter of the semi-submersible rig COSL Innovator, as well as suspend drilling operations with sister rig COSL Promoter.

Statoil said the decision to terminate the contract for the COSL Innovator is part of its contractual right. The contract will be terminated immediately and with no penalty.

“The conditions for terminating the contract signed with COSL Offshore Management AS have in our opinion been met, and we therefore choose to use our contractual right to terminate the contract,” commented Geir Tungesvik, Statoil’s senior vice president for drilling and well.

Statoil announced it will also suspend drilling operations with the rig COSL Promoter when it is safe to discontinue well operations in order to enable COSL to implement the necessary actions in order to fulfill the requirements of the contract, according to Statoil.

COSL says it strongly disagrees with Statoil’s decision on both contracts and that it will take legal action if necessary.

This news is a total 2414 time has been read
Tags: Statoil, terminates, rig, contract, with, COSL, suspends, another, Turkish, Maritime