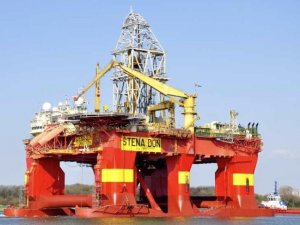 Norway’s Statoil has announced it has decided to cancel the contract with Stena Drilling for the mobile rig Stena Don.

The rig has been on contract to Statoil since 7 February 2014, performing operations for the Troll and Fram licenses in the Norwegian sector of the North Sea.

The original contract termination date is February 7, 2017, however Statoil says the cancellation will take effect once plugging activity on the Troll field has been completed in early November.

Stena Don will not head to the Fram field as originally planned. Statoil said the “licence does not have any work programme for the rig, nor does Statoil have any other activities where the available capacity can be used.”

The Stena Don is a harsh-environment, DP 3 semi-submersible drilling, completion and workover vessel designed for worldwide operations in water depth up to 500 meters.

This news is a total 6623 time has been read
Tags: Statoil Terminates ‘Stena Don’ Contract